Piatra Craiului Mountains is one of the most spectacular Natural Parks in The Carpathian Mountains and makes for a great day trip from Bucharest. Hiking enthusiasts, climbers, cyclists and nature lovers find this mountain a true heaven.
Seen from afar it looks like a wall of stone, wild and hard to conquer, a place only for the brave hikers. But once you start to discover it’s trails you’ll see that it has so much more to offer than pure adrenaline. 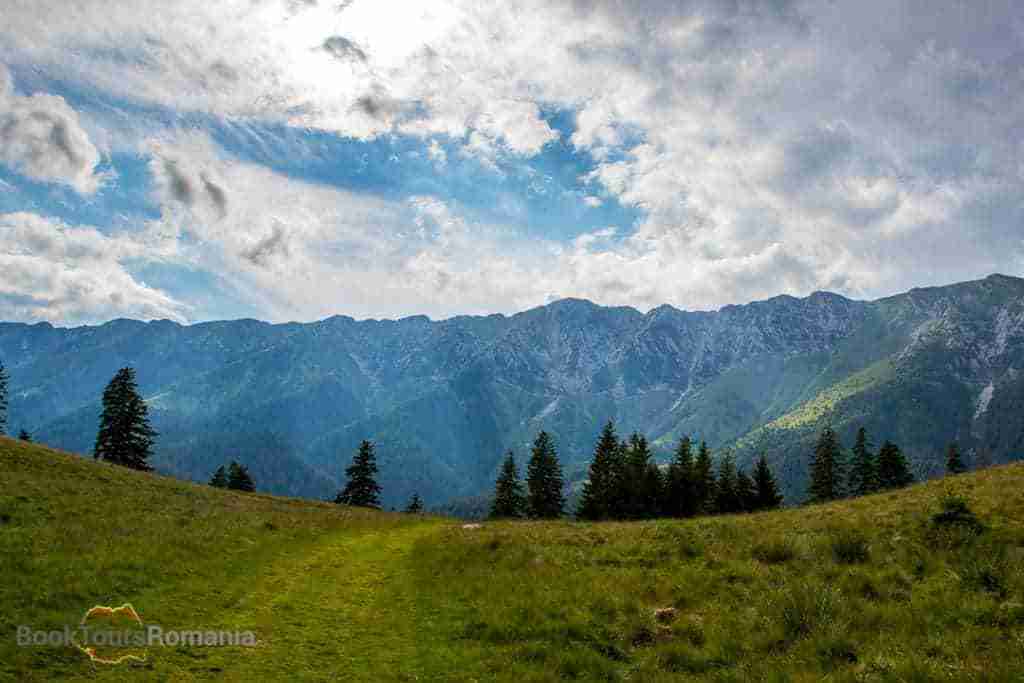 For experienced hikers, Piatra Craiului is probably the best place to hike in Romania. It offers difficult trails that rewards you with a panoramic view of the Bucegi Mountains and the picturesque villages in between the two.
Here one can find one of the most difficult and dangerous trails in Romania’s mountains, La Lanțuri. It is a combination of a steep hike, scrambling and sections equipped with cords and chains (hence the name, lanțuri means chains in Romanian) which takes you right to the top of the mountain.

The most popular hike in Piatra Craiului is crossing the ridge from one end to another or in sections: the northern one and the southern one. It can be done in approximately two days and a couple of mountain shelters will accommodate the hikers thru the night. This adventure is not for the faint of heart or for the ones with a fear of heights, there are portions where the trail is so narrow that the only way to cross it’s putting one foot in front of the other.

But it’s not all heights and vertigo-inducing stone walls, Piatra Craiului also offers less difficult trails for slowly paced hikers and mountain bike enthusiasts. Do not be fooled, these trails, even though less demanding, are just as spectacular. 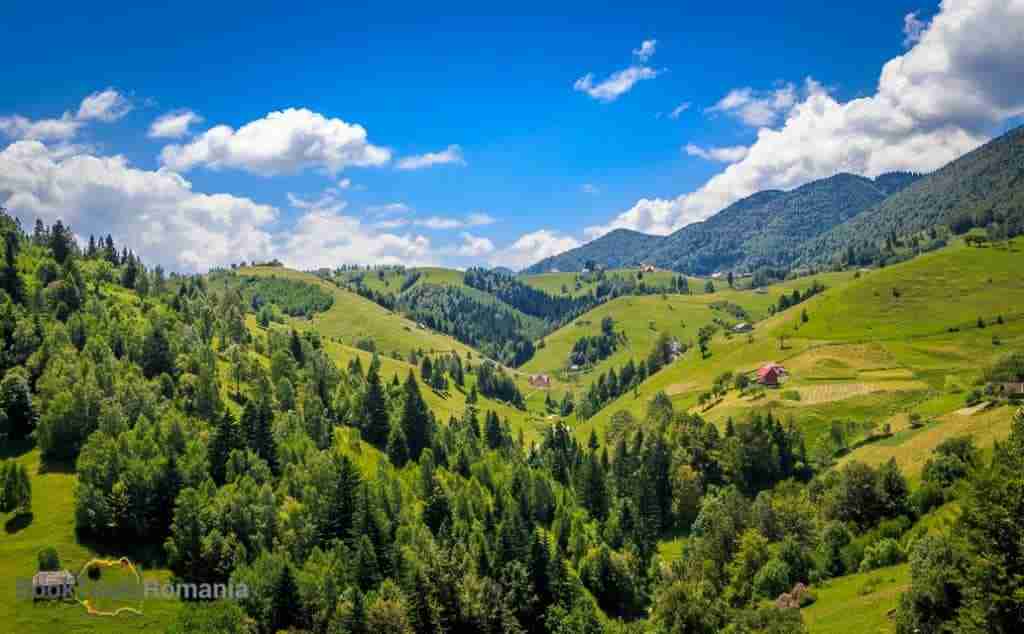 An easy hike in Zărnești Gorges, on the flat path that winds through the stone walls, will give you plenty of opportunities to enjoy nature and capture some photos with climbing daredevils. It is also suitable for cyclists that can continue their way towards the traditional mountain villages nearby. 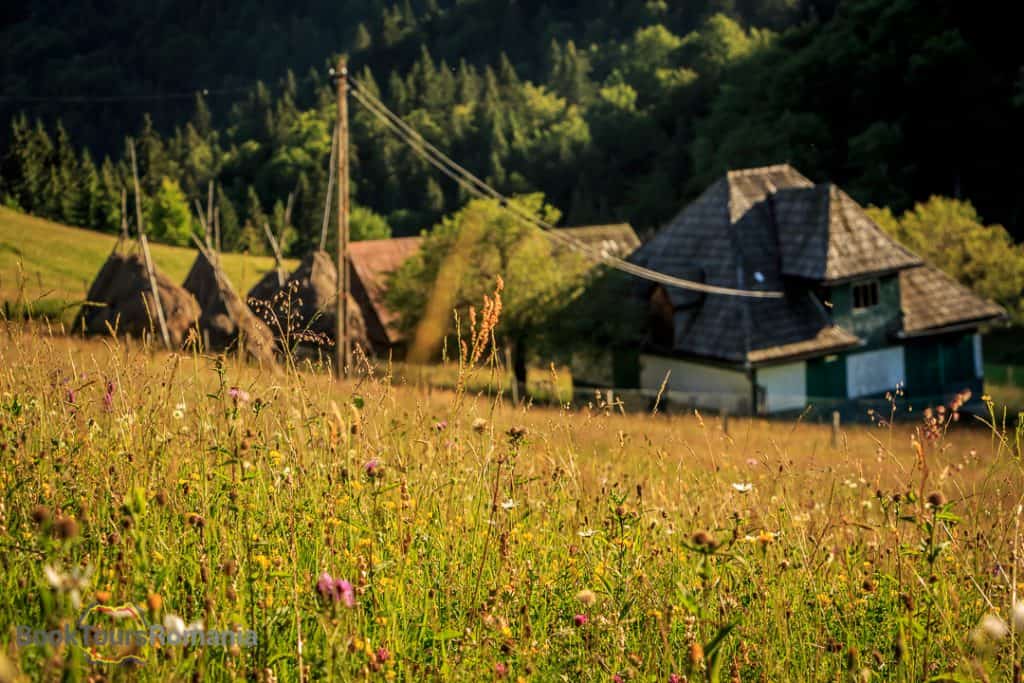 Speaking of villages, on a day trip in Piatra Craiului you should not miss Măgura, Peștera, and Șirnea. These small settlements keep alive the authentic Romanian rural life and make for a perfect stop to enjoy a traditional Romanian meal after a whole day hiking.

Not to be missed are the narrow dirt roads between the houses where one could be greeted by friendly dogs or chatty folks working in their gardens or gathering hay. The views are breathtaking no matter the season you visit, but in late spring when the peaks are still covered in snow and the wildflowers paint the hills in bright colors it’s a great spectacle of nature.

Piatra Craiului National Park is just 30 km from Brașov, one of the largest medieval towns in Transylvania. There are so many things to do and see here starting with a walking tour of the old city, visiting the Black Church or enjoying a cup of coffee or a traditional dish in one of the many restaurants and chic cafes.

Râșnov Fortress, the best-preserved peasant fortress in Transylvania, is also nearby and the views from here are spectacular. Situated on top of a hill with panoramic views, this place should not be missed if you plan a one day trip to Romania. For myth and legend passionate, Bran Castle, also known as Dracula’s Castle can be visited nearby.